NSTC was televised by Nippon television in the program of “Tensai! Shimura Dobutsu-en 2 hour special”. In the program, the very famous talents Mr. Daigo and Mr. Monkey “Izumo-kun” was planned to trip through the Japanese islands and arrived Kyushu Island finally. They visited NSTC in Kita-Kyushu. They tried to train in NSTC and aired our facility across the country. 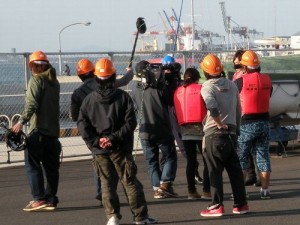 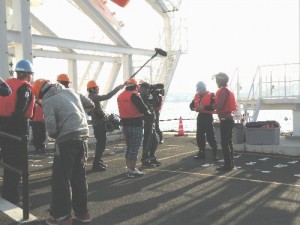