NSTC have been busy delivering different kind of trainings every week, and five days starting Oct. 19th, we have held STCW course for seamen to build basic knowledge and skills.  The training use scenario-based training which requires participants’ ability to respond case by case and their imagination and teamwork as well.  Eight delegates from three companies participated this time.

We would like to introduce First Aid training held on the last day of five day course.

Each team must think on their own 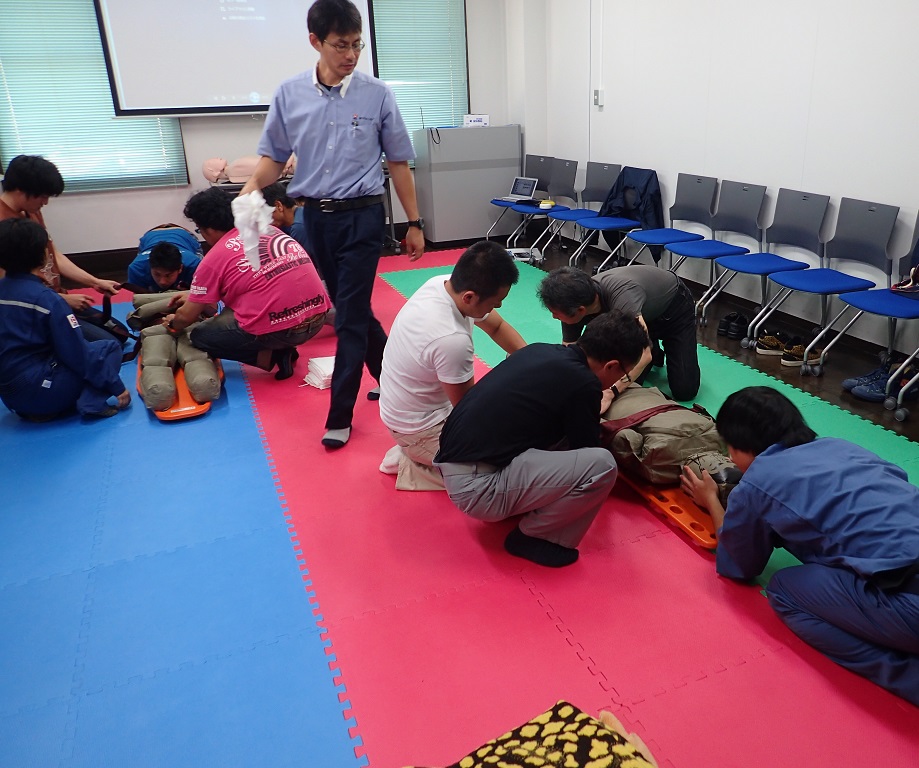 Great acting by the instructor who played the injured 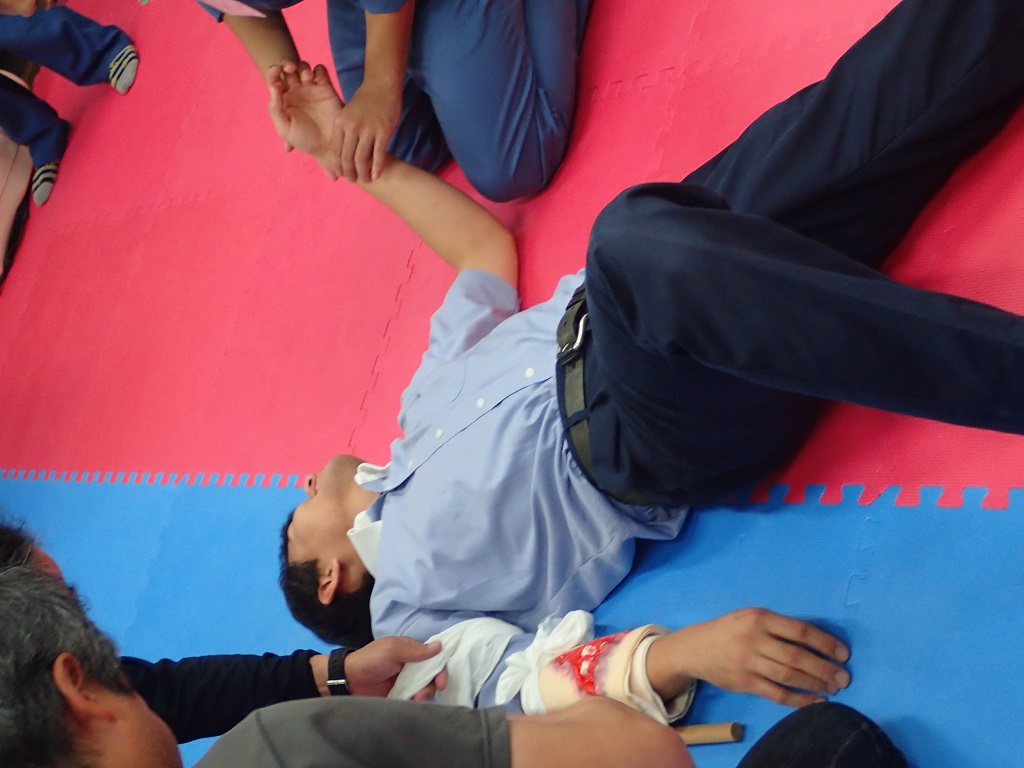 In scenario-based training, the team of delegates must provide first aide on the injured who played seriously by the instructor for twenty minutes until paramedic alive.   Three realistic scenarios have been prepared for the teams of the delegates in order to be ready for various emergencies that they might encounter.

Let us introduce one of the comments we received.

“Compare to the training I took here before, the training had more time and days this time, and it made me think of many things.  Personally speaking, it made me more conscious about things I may face, and would like to apply it to my work as seaman.”

Thank you for taking the course here for the second time, however the last course you took was similar but three day course.  This course was two days longer and had different syllabus with richer content, so that we hope it was satisfactory for you.  Since distinctive part of this course is scenario-based training, you might have faced many scenes where you had to squeeze some ideas out.  All of you had great understanding of part you played and responding accordingly.  We wish you well and safe ! ! (from NSTC)