The third article of 10th anniversary is an encouraging article from Mr. Tetsuya Yokota, former assistant director and Training Operations Manager, who was seconded from our affiliated corporation in order to help establishing NSTC. 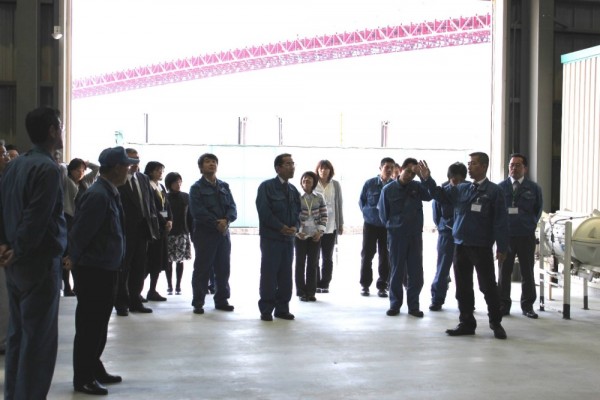 Opening ceremony of NSTC on April 18, 2011.  Second person from the right, explaining is Mr. Yokota

“Aiming to be the world’s highest quality training center!”

The phrase in above title is the vision that we set up to unite our members in the early days of NSTC.

Ten years have passed since then.

First of all, I would like to pay tribute to all the people involved in the continuous improvement of training quality and the operation of NSTC with Zero Major Accidents since its establishment.

It was in 2010, that I joined in the launch of NSTC.  At that time, I was engaged in the training business in another company, and I was asked to join the launch of Japan’s first private training facility.  We had many discussions with the members every day to share my previous experience.  We were truly a group of “training idiots”, who sometimes having heated discussions about training even after work over drinks, but I think this emotion was the driving force that allowed us to open the facility in April 2011.

Immediately after we opened, we were not yet OPITO approved facility, so we provided training under our own certification.  Although we were still in the process of exploring, I remember that people who had taken training at other companies in the past came to NSTC and highly appreciated the upgraded facilities and training with comments such as “I was surprised to see the full-scale equipment for Helicopter Underwater Escape Training” and “I saw a free-fall lifeboat for the first time.”

In parallel with providing training, all the members were working together to acquire the OPITO approval, which was our mission.  The fact that the approval, which usually takes several years to obtain, was achieved in a short period of only nine months was the result of everyone uniting their minds toward the vision, and as the project manager, I would like to express my gratitude to all of them.

Since then, we have been able to expand customer base by providing customized training to meet their needs in addition to OPITO training.  We also decided to take on the challenge og acquiring certification for STCW training, with an eye on the second most necessary field next to OPITO training.  This was also the first attempt of its kind in Japan, and it was extremely difficult, but thanks to the cooperation of related parties both inside and outside the company, we were able to acquire the certification in less than a year from the start of the project.

I was very sad about leaving NSTC and the training mission, which I had a strong attachment to, when I left NSTC.  However, I was able to leave with a smile on my face because I was encouraged by the great attitude of the members who continued to pursue the vision they have.

One of the things I feel after leaving is that the training provided by NSTC is spreading as a “safety culture” through the delegates.  I feel that this is because of the spirit of emphasizing on human relations as well as providing high quality and safe training.

I wish the safety of NSTC, its delegates and all others.  I dedicate this to all as message for NSTC’s next 10 years.

Thanks, Mr. Yokota.  It has been more than seven years since Mr. Yokota returned to his original company. It has been a blink of an eye.  We would like to continue to provide safe and high quality training for the next 10 years, 20 years, valuing the human relationships. 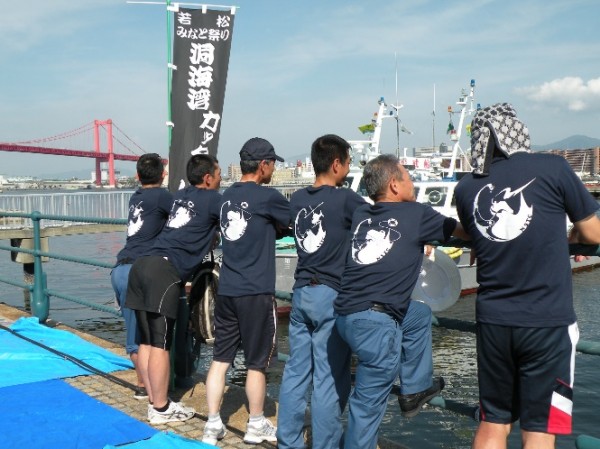 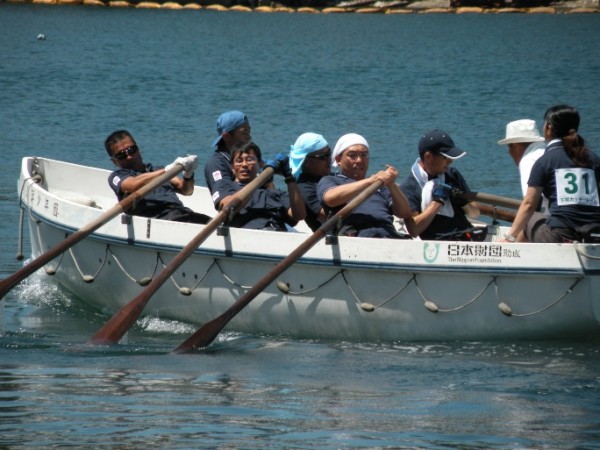 Memories of the Cutter Race.  The rower on the far left is Mr. Yokota.  Look at the guys wearing original NSTC T-shirt!