On July 30, a simple ceremony was held as a surprise. While the delegates were getting to leave and the instructor was explaining about next day’s training, he suddenly announced, “One of you is the 10,000th delegate!” 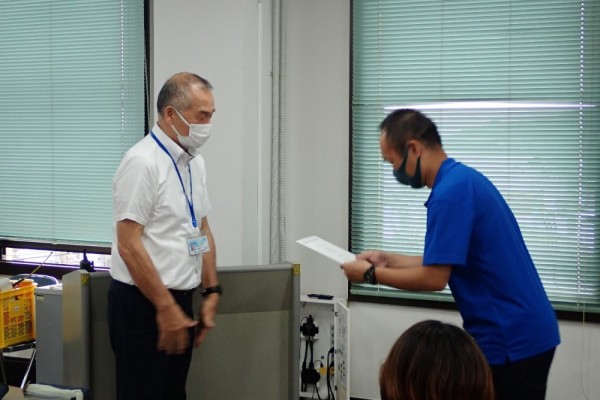 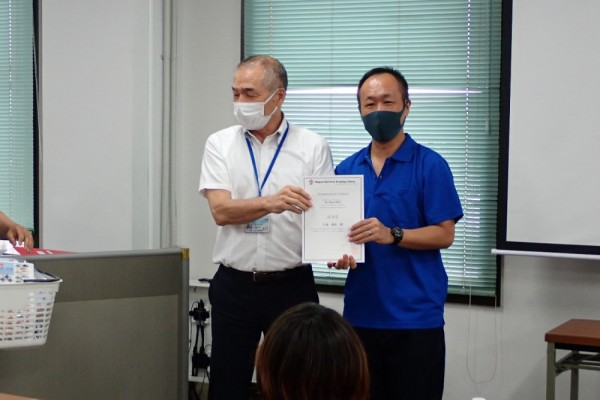 Although Mr. 10,000th was surprised at first, we were happy to see that he was happy to be congratulated by his classmates and NSTC staff in a friendly atmosphere.  The towels and plastic folder were distributed to all classmates as well.

It was a tough week of training for all of them, but we would be very happy if this small event remains in their hearts as a good memory.

If we continue at this pace, we may be able to welcome our 20,000th delegate within five years, and we, all of staff, will work hard to make that day as our next goal.