To commemorate the 10th anniversary of NSTC, we would like to introduce a series of messages from alumni who have been played an active role in the establishment of NSTC.

With the support of many people, not only those I’m introducing here, NSTC was established and has been able to operate until now.

In this tenth year of NSTC’s history, I have realized once again how much we appreciate all the support we received. 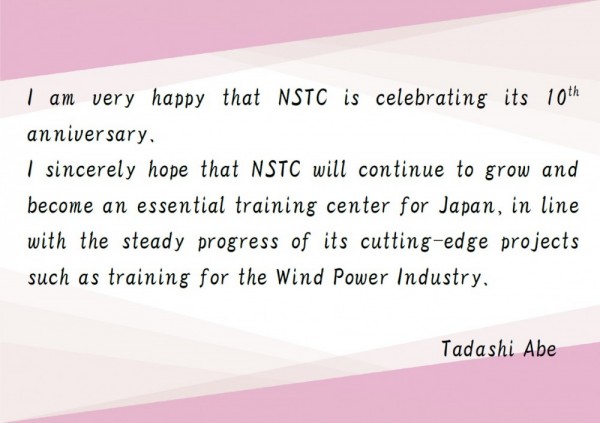 First alumni I would like to introduce is Mr. Tadashi Abe.  Mr. Abe, who taught us the basics of firefighting training as skilled firefighter for five years from the time NSTC was launched until he retired six years ago, went us a message of congratulations for NSTC’s 10th anniversary.

Mr. Abe, who is gentle, hard on himself, and kind to others, has taught us not only his skills but also many other things related to life.  In fact, my favorite role as supporting staff of the training in NSTC is the support for firefighting training.  I have a fear of fire and cannot even light a fire with match, but thanks to Mr. Abe’s training I received, I like the role as a fire starter in the firefighting training the most.

All of us will do our best to build a big castle by strengthening the foundation that Mr. Abe has laid for us!  Thanks Mr. Abe for the lovely message. 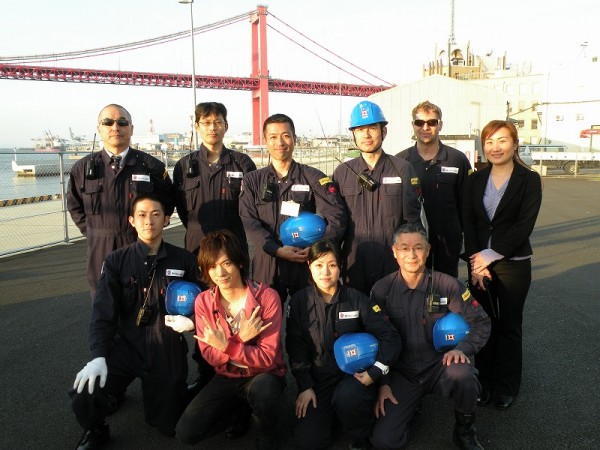